This Thursday a massive concentration has taken place (to the extent that compliance with sanitary measures allows it) in response to the threats of the new Catalan nationalist government headed by Pere Aragonés to evict the National Police from the iconic Vía Layetana police station. This intention is an habitual claim of the nationalists, supported by the mayor of Barcelona, ​​Ada Colau, who has insisted on several occasions on this eviction, with the intention of turning the current Superior Police Headquarters into a kind of interpretation center of Francoism, period with which an attempt is made to link the police force.
Wide variety of associations
If something has distinguished this concentration from others, it's the diversity of political parties, unions and associations, large and small, that it has brought together. Police unions such as JUPOL, associations such as Catalunya Suma or Espanoles de a Pie, even recently formed political parties, such as the Party of Order and Law (POLE), which after appearing in the regional elections in Madrid could be preparing its implementation in Catalonia. 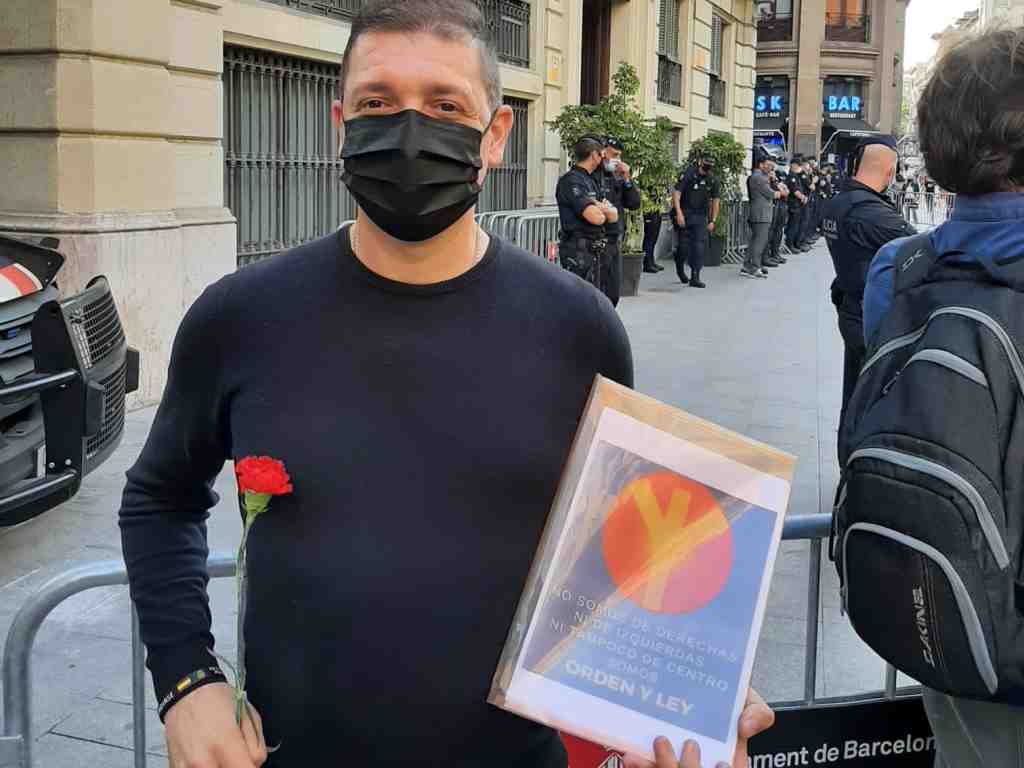 Why does nationalism want to expel the National Police?
It's well known that the nationalist parties consider the state police forces as "occupation forces", and very especially the National Police and the Civil Guard, while the Mossos d'Esquadra force is considered "our police" by nationalists (although they also have their issues with them). The most used excuse for such enmity is the state representation implied by the National Police together with its past ties to the Franco regime, but beyond these extravagant arguments (which would imply that all the current police are "stained" by francoism) they could hide much less idealistic motives.
For example, according to a recent report by the European Govern Quality Institute, Catalonia is the region with the worst government in Spain and in that rating one of the main values ​​is corruption. It was corruption that disarmed Jordi Pujol's eldest son from being his political successor, which made him have to replace him with Artur Mas and possibly gave rise to the "procés", as politicians such as Miguel Angel Revilla asserted at the time. It was also corruption that dismembered Mas's party and exposed a myriad of corruption cases (3%, Palau, ITVs, expired prostheses, diversions of aid to the third world, etc.) that have spread to their successor parties, being the number one of JuntsXCat, Laura Borràs investigated for corruption, something that already seems a tradition in post-convergent militancy. And all these corruption scandals have one thing in common: they have been investigated by the National Police and the Civil Guard. The Mossos d'Esquadra force has never brought to light a single case of corruption that affects the nationalist government, since although it has many committed and efficient agents, the politicization of the force increases with rank according to testimonies from several interviewees. It's easy to guess that with the disappearance of the National Police and the Civil Guard, no one would investigate corruption in Catalonia.
That could be one of the determining factors that drive nationalism to seek the complicity of the Pedro Sánchez government to eliminate that obstacle. However, the main defenders of the Police do not intend to remain silent in the face of such a threat, which is why the police union JUPOL has launched a campaign on Change.org seeking support to prevent the eviction. A campaign that so far has achieved 70,000 signatures.